you know... when you think about it, it's retarded! 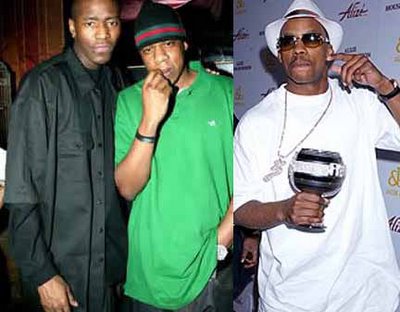 my argument is this: you're giving up crawford, who's not as good as steve francis, but put into the right situation [if larry ever figures it out], he's not far off from francis. and when you account 3PTM and TO he's kind of right up there. the minute francis gets to NY larry will stick him in his doghouse and francis will huff and puff to the media that 'it's just no fun without cuttino'. and you throw in david lee, a great bench player [already!] and a juicy expiring contract and you start thinking... don't we already have a shoot-first point guard? do we have a small forward yet? do we have enough money to interest melo, bosh, wade, lebron, iggy, howard, josh smith, ben gordon, or any young player who would listen to the knicks if they had any cash flexibility? hmmm... better get that maxed-out shooting guard now!

marbury and francis would be fun to watch sure, but how is it that much different than marbury and crawford? fine dolan will make isiah deal penny. but francis? dolan! steve francis on the knicks will not bring us back to the garden for those $75 seats and $8 beers! show us some goddamn foresignt! cablevision is robbing knicks fans!

and we all know what isiah sees in francis that we don't: 'steve's a player that reminds me of myself.' ... uh, this is getting ridiculous!
Posted by earl boykins at 10:04 PM

sorry to quote bill simmons on ya, but he had a great suggestion regarding francis: just trade him for steph, then three months later, trade 'em again, and repeat that forever. that way you get the 'i've got to impress my new team hustling team player' behavior out of them... forever! (Without any of the "i'm already sick of it here" grumping... though to be fair, Steph has held his head up this year.)

Can we talk about what a crap coaching job Larry Brown is doing? Mystifying. I suppose he's trying to make Isiah look bad, but Isiah's job is to make the team better (and he has a blank check to do it). Well... they ARE better! Does anyone deny that they have more talent than last year? And they DO have small forwards - Rose, Woods, Ariza, even Richardson can play small forward. They have FOUR!

Argh. And did anyone else notice that their 6 game win streak came with Lee, Frye and Nate Rob getting major minutes? Then the three of 'em get benched and the team goes in the tank. Bizarre.

well, woods is a 3, ariza is a 3, and Q is really a 2, who can play the three and so is rose at his age. are any of them legitimate NBA starters right now? offensively.. or even defensively.

by 'not having a 3' i don't mean they don't have 3's on their roster, i mean a 3 who can either cover paul pierce or wally z, or give you 14 points night in/out. it's like a right fielder in baseball. a 'production' position.

larry is doing a terrible job. it's amazing how arbitrary his roration is. imagine going to work the boss being, 'today you're in charge, but tomorrow you might be on mail duty. wait, you're fired.'