i declare a new boykins tradition 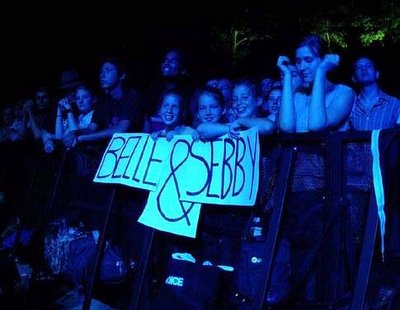 so pitchfork went ahead and hooked the album up with an 8.5. not bad! i think that might be high, but i won't argue. pitchfork reviews are long winded but i read most of it. btw who's gonna start the pitchfork cliff notes? damn these nerds can go on... then again so can i. anyway, the first sentence: "Every religion began as a cult.' and then the last sentence: 'The Life Pursuit is a baroque pop cathedral, welcoming the faithful and newly converted alike." Hogan's 'faith' angle to the review good, but really, all people do is look at the 8.5 and head to amazon to buy the thing.

in K's review he goes out of his way to dis nocito, which is crazy. we know who's wrong 99% of the time but to go and call him out like that? faced! ok first sentence: "Not long ago a query arrived, urgent and unexpected, via cellphone." last sentence: "It's a hopeful possibility, but a bittersweet one: maybe it's possible to love this band a little less, and a little longer." K stop watching 'the notebook' and pick up your balls.

i basically agree with both reviews. pitchfork gets a B+/B the times gets a A/A-
Posted by earl boykins at 12:44 PM