i think the proverbial 'BALLIN' serpent has eaten its tail

Posted by earl boykins at 5:24 PM No comments:

if you were in my studio right now you can see me singing along with akon. such a fan!

this was a video of the new bone thugs and harmony song featuring akon. it's great. i mean, totally epic. youtube deleted it.
Posted by earl boykins at 2:19 PM No comments:

tonight me and the professor took a trip to long island to see my chemical romance. the merch was terrible. was the show? 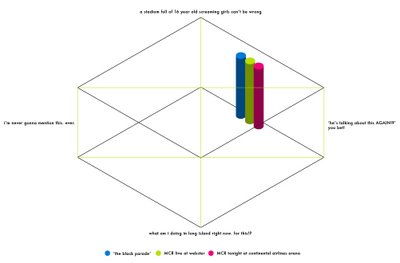 they played as the black parade band and played 'the black parade' from start to finish. dude came out in a hospital bed. strait biting conor oberst! the played the set and then went, 'my chemical romance is next... if you like that kind of shit!' wacka wacka wacka.

MCR 'proper' came out and SHREDDED that broken down arena! the bassist fell over a fan [not a person, a real fan], and gerard tried to get all ian mackaye with the pit. we were like, 'whoa'.
Posted by earl boykins at 10:22 PM No comments:

dr dog 'we all belong' review! this band is almost my favorite. [full disclosure]. they're playing bowery. i imagine there will be much hi-fiveage 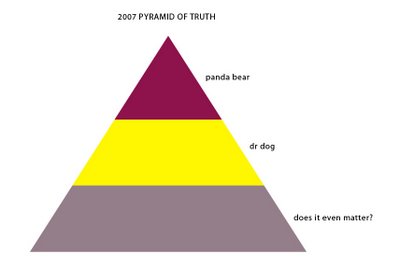 this comes out on tuesday, but can you get it on itunes now? i dunno. i think so... also, they're playing conan o'brian on March 12!
Posted by earl boykins at 11:33 AM No comments: 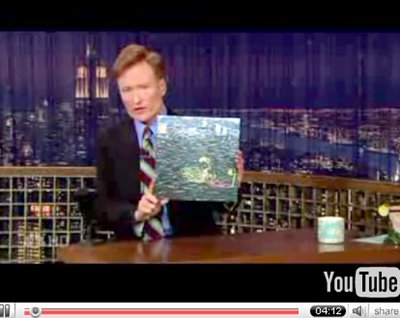 the new album is good. not as epic as the last one, but what could be? who wants to go see them at webster with me?
Posted by earl boykins at 1:22 PM No comments:

new ted leo LP! i think i was 16 when i first heard chisel, so needless to say this dude is heavy to me. 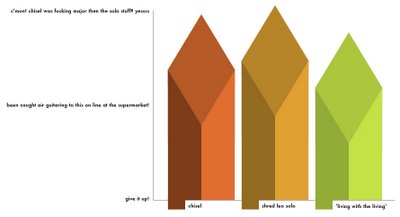 Posted by earl boykins at 11:33 AM No comments: 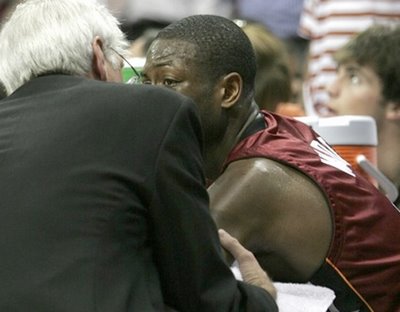 so wade is out 6 weeks. this is the same injury shreddie jones had a few years ago where he dislocated his shoulder and had to have surgery. let's hope d wade is destined a quick recovery. i don't hate the dude. sure, he's boring, and plays 'the right way' [ugh], but at least he means it.

i bet kidd stays put/ how the fuck do the fakers expect to get him without trading one of their top 3 players? ok take smush and...

carter to the knicks? gross. isiah hold tight! throw your phone into a river!

i'll update again after the trade deadline tom-foolery passes....
Posted by earl boykins at 11:16 AM No comments:

gang gang dance played at studio b sat. it was super crowded. and expensive! 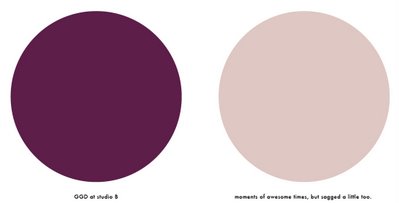 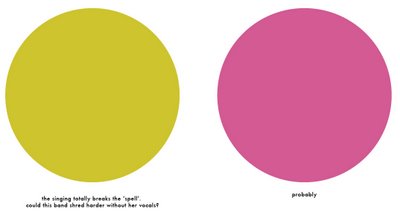 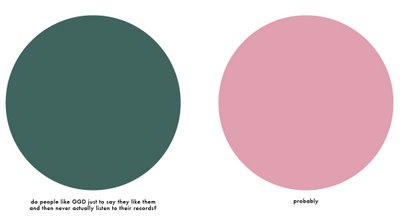 Posted by earl boykins at 2:45 PM No comments:

barr at the kitchen last night. it was only their 2nd show as a band. i still loved it. some didn't. i dunno... it reminds of of the 90's so much! 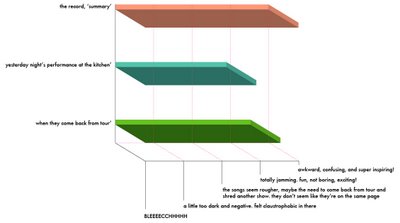 they're going on tour for a month. go see them!
Posted by earl boykins at 1:47 PM 2 comments: 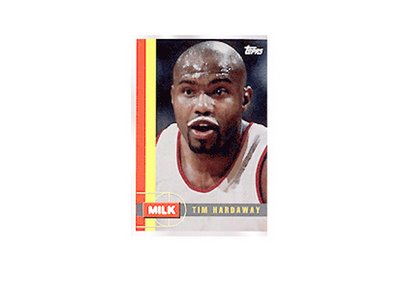 what does he have against rudy anyway? ok fine he's a rookie. he's inconsistent. he couldn't bring a championship to uconn. that's all fine. stop the insanity!

tim's always been an attention hog anyway. and slightly dim. that's ok. he just said what a lot of players actually think. i bet 90% of the nba are saying the same thing to eachother. 'ARE YOU GAY? CAUSE I'M NOT! NO WAY. AT. ALL.'

ok ok. everyone knew who amaechi was when he was playing anyway. what's the big deal? will belle and sebastian write a song about it now? that would be sweet.

big baby on LSU seems like he's about to come out of the closet too. will that stop teams from drafting him? doubt it!

this shit is boring. at least the mike piazza 'i'm not gay' new conference was funny.
Posted by earl boykins at 11:49 AM No comments:

bill callahan dropped the 'smog' name for his new one. haggerty produced it, so you got the huge trux sound in here. to me BC can do no wrong... 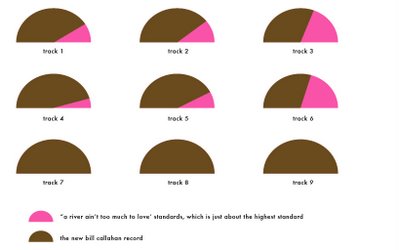 i just really like this band still. arcade fire covering the clash acoustic in westminster! 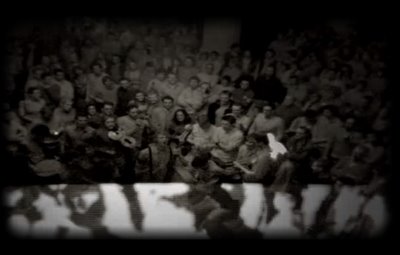 http://www.neonbible.com/yope.html
Posted by earl boykins at 3:13 PM No comments:

babyshambles have a new EP out. how is this junkie more prolific than so many non-junkies i know?

Posted by earl boykins at 10:20 PM No comments:

i couldn't help myself with this one. forgot BARR. full dog review soon. the moral of the story is: the panda bear LP is fucking major! 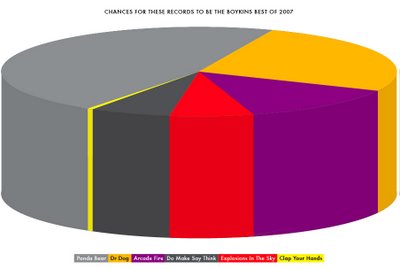 Posted by earl boykins at 2:21 PM No comments:

ok so neon bible has been leaked. i still care a lot about the arcade fire. but is the album disappointing? 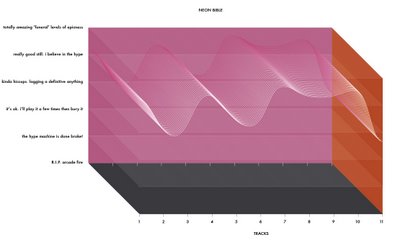 Posted by earl boykins at 1:45 PM No comments:

vbs.tv is up! there's some amazing stuff on there. the virgins come across like dicks. whose fault is it? them? vice? that band is dropped as of '09 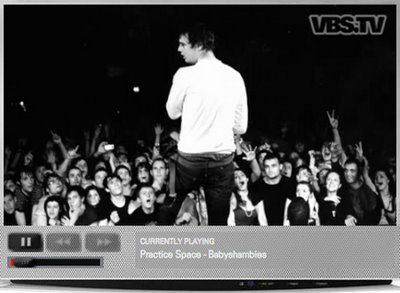 not that i care that much, but as interesting as the babyshambles 'practice space' was [kinda rad!], the virgins was an affirmation of all the things we thought in the first place. like them being a trophy band. they have a jam, but why would you let yourself brag about agnes b? i blame the starstruck interviewer. or the editor. if i was in the virgins i'd be all 'what the fuck! we speak like assholes! where's the other footage?'
Posted by earl boykins at 11:16 PM No comments:

wow cam is putting his dudes to work on this! but does anyone really care [except us?]? cam get to the studio! more jams! [thx dan for another scoop!] 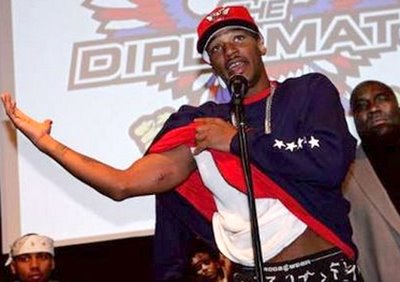 to jay's credit, we all knew he was referencing out b.i.g. [and other rappers] on most of those verses. wayne does the same thing. but cam is never not funny! keep trying i guess!

ok i know it's not for everyone, but the new BARR is totally shredding my head. you have to love anyone who goes for it like this! 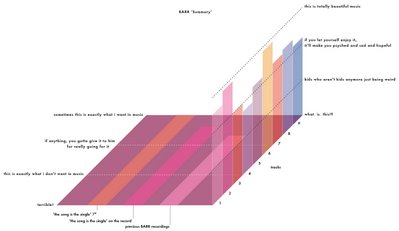 Posted by earl boykins at 2:26 PM No comments:

moma for cat power! it was super fun hanging out with bro's, but it was kinda crowded to see the music. we were standing next to cy twombly's!!! 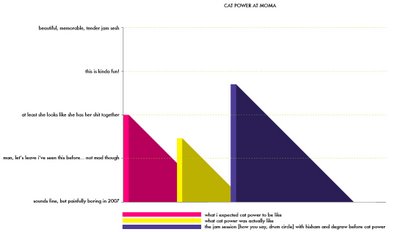 Posted by earl boykins at 2:39 PM No comments: 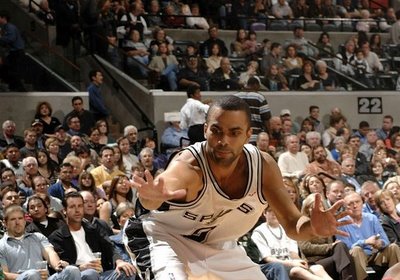 how the fuck did mr longoria make the all-star team!? i mean, he's a nice player, but leaving off melo and josh howard?! ray motherfucking allen!? before you claim the 'but he's a point guard and they have enough 2-guards' argument, parker is averaging 5.5 dimes [along with 19 points and 3 rebs].

so i'm just saying, parker is a good PG [and a 'true' PG], but nash can come in for kobe [who can run the point fine]. allen iverson can shift over to the 1 as well. who needs a PG in an all-star game anyway? have KG run the 'point'. i want entertainment! not 10 foot jumpers! [maybe they want his wifey to get crazy face-time]

as a fan, it's a crime that melo and ray ray aren't there. parker is fine and all, but seriously.
Posted by earl boykins at 2:24 PM 3 comments:

wow. WOW. thanks to dan at temporary residence for this scoop! it's a youtube miracle!

i spy a darko! 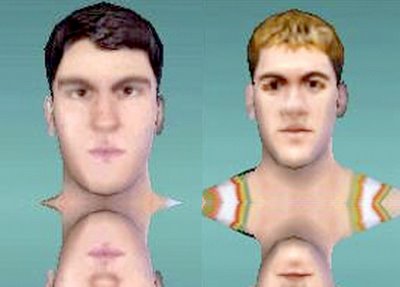 don't look now! there's been a darko sighting. could we see 8/8 with 2 blocks per down the stretch? if he starts playing and the magic make a couple of minor tweaks, they could be a decent team.

speaking of which, it's good we didn't crown dwight howard as the next kareem. his free throw % and turnovers prevents him from becoming a superstar. for now.

is it clear now that the sunsa are nash and marion's team? sure amare could take over on any given night, but marion is the key big man there. he does all the dirty work! so does amare, but seriously.

jamsion out 2-8, and possibly longer. boozer out 5-6. damn. i wonder what all the mormons will think of milsap.

the knicks looks very mediocre again. god that team is just made of spazzes. at every position! ok maybe not lee, but it's a fire drill out there!

josh hoawrd missed 2 games to be with his wife during the birth of their child. is it me, or do these guys get paid WAAAY too much to leave any game for any reason other than injury? i mean, people miss the births of their kids all the time. and nba players like howard make upwards of 80,000 a night. um, tough titties dudes, play the game and cry on your pile of money.
Posted by earl boykins at 11:39 AM No comments: