haha ok whatever bring the 'franchise' on... 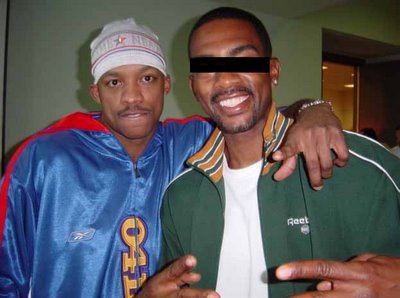 According to ESPN, the Knicks are making a strong push to land Steve Francis before the Feb. 23 deadline.
New York is hoping that the dangerous backcourt of Stephon Marbury and Francis could salvage their dreadful season. New York is offering Penny Hardaway, Jamal Crawford and either Trevor Ariza, David Lee or Nate Robinson in exchange for Francis and Kelvin Cato, whose $8.64 million salary comes off the cap at the end of the season. Minnsota and Denver are also interested in Stevie Franchise
Posted by earl boykins at 11:17 PM