remembrances of things past 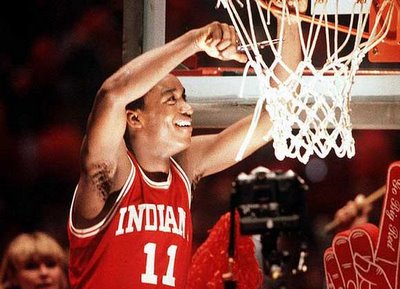 3PM passed and there it goes. we get stevie disenfranchised and that's it. it's pretty hilarious how many guards we're holding, how much money they make, and how none of them are true point guards! so the consensus around the league is that by draft time isiah will try to unload our late 1st round pick, either steph or francis, and frye for the big ticket. whatever at this point will it make a difference? sure KG would be sweet but i'd rather keep frye, and trade one of these guards for a starting big who isn't the best and most sought after player in the last 10 years. i'd take kenny thomas for crawford. sure! Q in a sign-and-trade for reggie evans? ok! stephon marbury in a sign-and-trade for al harrington? OUI! there's also rumors zeke is targeting jermaine o'neal, but that guy is just too injury prone to touch right now.

isiah's GM sensiblities i can relate to though. he pines for the past! he's always referring to his 'bad boys' and tries to re-create its frontcourt. he pines for his indiana past so he leaks it to the media that he's targeting o'neal and harrington. what's next? bill laimbeer as a head coach candidate? oh wait...

dude is just emo. reading belle and sebastian liner notes and thinking, 'wouldn't it be great if i could re-live those days where i didn't suck?' zeke! let go of your past! you can never go back!

i think salary caps have weird racial undertones, and i'm generally against them. but for the knicks' sake, we need one STAT! look what dolan/sather did with the rangers. people were asking for sather's head as he held onto big contract after big contract. lindros, holik, fleury, jagr, etc. what happens? the NHL goes on strike, comes back with a cap, sather ships his 'excess' pieces off to other teams, and the rangers are shredding! people are even talking cup! one year this took!

so during the next owners/players meetings i hope they figure out some sort of hard cap. just cause instead of the 10 years it will take the knicks to fix this current mess, it'll speed it up to where we'll see them in the finals before we die!
Posted by earl boykins at 1:35 PM