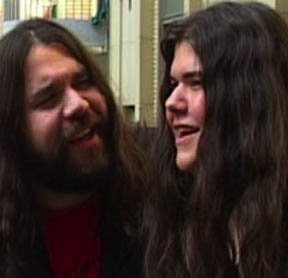 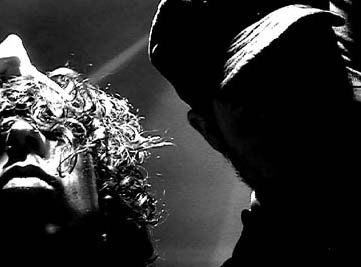 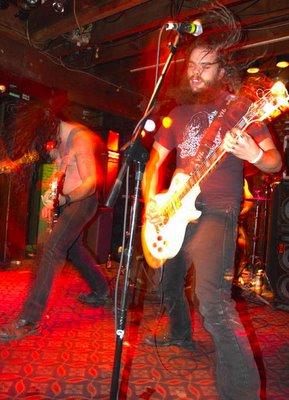 magic numbers [3 listens]- super hyped, but i like a lot of super-hyped bands [the stokes, art brut, etc]. this one falls short by a lot to me. it's really light and pleasant, just doesn't grab you, and it's kind of annoying. listen to old unrest or lambchop. yeah, lambchop is what it sounds like to me. best song, 'the mule'? 'love like you'? good for a song or two for an emo mix but overall the lasting power just ain't there. great name though. sorry josh i know they're your favorite band! i like the way they look though.

psychic paramount 'Gamelan Into The Mink Supernatural' [2 listens]- a lot of it sounds like it's just polished up material off 'Origins & Primitives vol.1' and 'Live 2002 The Franco-Italian Tour' laddio bolocko was rad, but i like PP a bit better. i always say they sound like a 'nightmare played backwards' not unlike othrelm. is that too much of a generalization? sorry. this glossed up release doesn't have the full charm of the CDR's though. it's just too polished and clean for my taste. design wise and sound wise. but still, a band that's definitely worth it.

baroness 'first' [2 listens]- heavy year 2005 relapse/other music vibe. it's good though. at this point you could play this for any relapse fan blind and they'd be all 'i love high on fire!'. new term- H.M.O.T.H.O.F. 'heavy music other than high on fire'. baroness isn't as technically shredding as some bands but they sound serious. like it's real to them.. this is what i wanted a lot of bands to sound like in the 90's. 8 minutes songs with huge waves of maximum shredding and descending progessions. 'rise' is the centerpiece. two big thumbs up.

what's this pitchfork is sweating the new boris? i gotta check it out. anyone heard it yet? i'm not a pitchfork zombie but the dude who wrote the review is stosuy from back in the day. he did a zine called 'white bread' and was in a band called 'slow children playing'. he knows his shit i believe him...
Posted by earl boykins at 12:16 PM

dude if i loved them i would own the record, i do enjoy their light sounds though, and good times are good times remember that next time you go see pelican