they got the internet going nuts 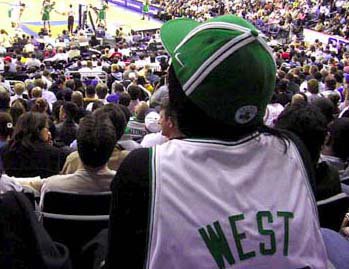 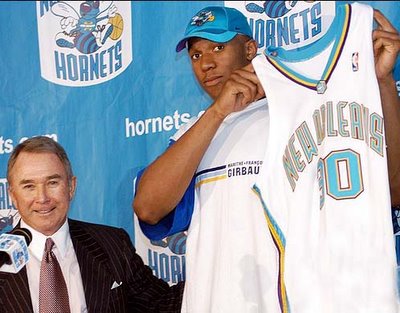 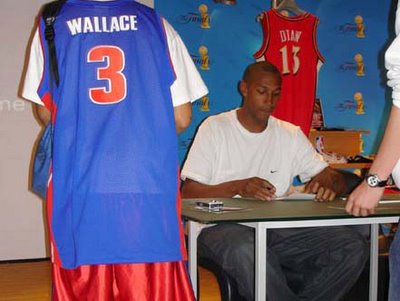 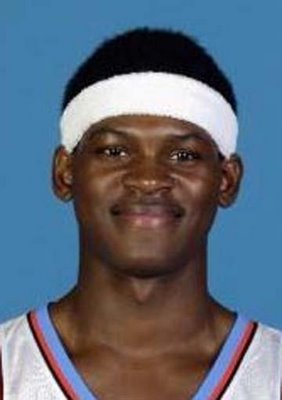 ok so yesterday we profiled some great players who need to step it up. today let's talk about players that came out of nowhere to shred the NBA and one or two of my fantasy teams!

delonte west is kinda up-and-down week to week, but you can't argue that when ricky and PP have a bad streak delonte is there to pick up the pieces. 11/4/4 is kind of nice from a guard who was behind 2 other players on the depth chart when the season started. marcus banks is a moron! also, delonte get points for that weird birth-mark on his lip. looks like he's always just finished eating chocolate ice cream!

david west. another d west jamming hard. it was all 'desmond mason' or 'birdman' going into the season, and all d west does is go out and haul down 8 rebs with 17 per! most improved player so far. also the best FA pickup so far in f-a-n-t-a-s-y. chris paul gets in honorary mention but everyone knew he was ROY.

my man boris diaw! ok so barbosa kinda buzzkilled him but he's still putting up 10/5/5. if another phoenix guard goes down watch diaw go off again for 14/7/6 a night. the definition of a rad player. french, and SG,SF,PF eligiblity!!!!

finally, we got a faker here. even though he plays for the most annoying team in the league, i can't hate him cause his name is smush. he got off to a blazing statistical start and slowed down, but he loggs 30-40 minutes a night getting out of kobe's way and chipping on the D [1.7 steals per!] and quietly averaging 12/3/3. not mind-blowing, but strong on a fucked up team. given some run this guy can shine. yup!

did i forget anybody? channing frye? matt bonner? the big silly? jammer nelson?

also, i think it's time for us to think about shawn marion when we talk kobe lebron KG. every year marion puts up insane numbers on a winning team and people sleep on him! [sort of] 22/12/2/2/2, 51% FG with a three a game. NO BIG DEAL
Posted by earl boykins at 12:25 PM