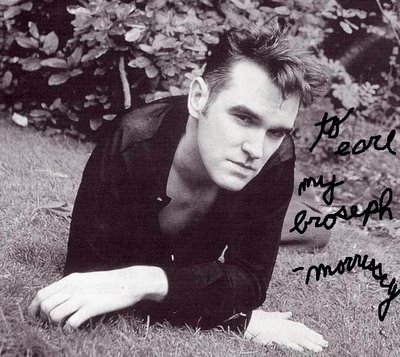 i liked 'you are the quarry'. a lot! i even got the b sides and listen to those too. i'm not hating the new ish just cause morrissey's 20 years deep in the game. c'mon i'm a stacey augmon fan! i'm just saying the new album didn't do that much to me. of course it's hard to get really into an album for the first time sitting in a weird theater next to spin mag writers, but i just didn't get pumped on it. to get all charlie rose, i'd say the musical range was too limited [other than the 'november rain' track which was rad], and the lyrics were lukewarm. and this just after 'the world is full of crashing bores', which i thought was shredding.