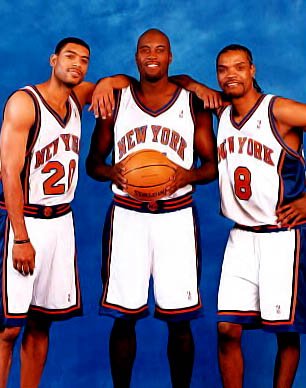 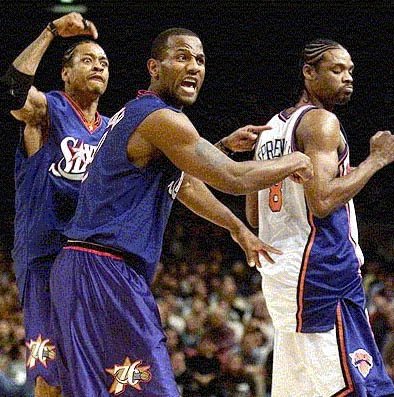 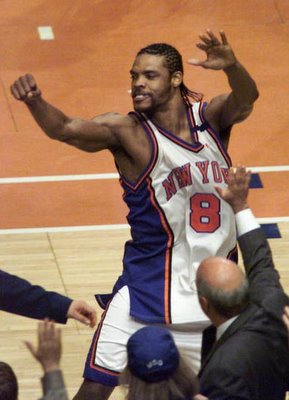 "Rick Brunson doubts whether Latrell Sprewell will play again. Brunson spoke to his former Knicks teammate last week and said that Sprewell is enjoying retirement. "He was never a guy that grew up loving basketball the way a lot of guys do," said Brunson, who is on the SuperSonics' inactive list. "If he has a chance to play for a contender he might come back, but I don't think that will happen until late February or early March."

i miss the spre era knicks. that dude was so major what with the hustle and fist pumps. of course the most major crew was when he was balling with childs camby and LJ, but i also liked the houston rice era. when the knicks would play the bucks rice would defend darvin ham and walt would go, 'HAM'S ON RICE!' or 'THE HAM/RICE MATCHUP IS KEY TO THIS GAME!'
Posted by earl boykins at 12:40 PM