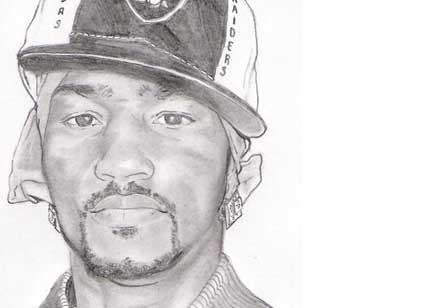 last night will, alex, and nick were kind enough to host the third 'hip-hop a.v. club'! this time around... 'killa season: the movie'!

respect to alex who darted out in the rain to best buy after realizing they only had the promo teaser on DVD. disaster averted! the preview? hilarious. cam pissing on some dude in front of his bro's saying, 'no homo no homo no homo no homo'. haha and then at his grandmother's funeral scene were he lip-synchs to 'love my life'! to a photo montage! as his fat friend tries to hit on a 70 year old woman! WHAT THE FUCK! [save that woman for someone her own age! like hell rell!]

at this point i got chills. seriously. amazing. mind you this is all shot on a cam-corder [wa-waa] and edited on an imac.

then after the first hour all the sugar/pizza/beer wore everyone down and the movie got a lot less amazing. fast-forward situations. what? it got boring. 2+ hours is a long time for this much tomfoolery.

oh, and did i mention a grown 30 year old cam plays himself as a 15 year old? hitting on girls in high school? this guy is special.
Posted by earl boykins at 11:41 AM