i declare this band as major 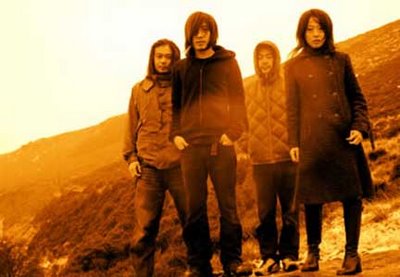 got the new mono! Palmless Prayer / Mass Murder Refrain. it's more of a soundtrack than anything, but this summer is all about mono [and band of horses and rick ross]. ah! there's so much good music out now! mono's the fix i've been looking for since the rodan/rachels chicago era. really weepy triumphant beautiful stuff. it's epic. subway rides listening to mono feeling weird. yup i'm that corny.

so this one ain't nearly as good as 'walking cloud' or 'pipal tree' but it's a reminder of how shredding this band is. i missed then at N6 but i heard it was bananas.

hey! who's going to the blue cheer show at N6 tonight?
Posted by earl boykins at 1:29 PM