i'll take the finger then 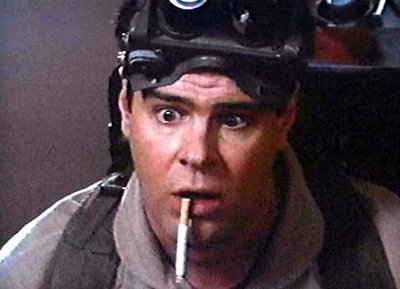 frere-jones has been freaking out about ghostface for the last few weeks. he finally wrote a proper review. let's take a look.

first line: "I own only one piece of art depicting a musician"
last line: '“See—I was born in 1970, yo. You know what, I’m a seventies man, a Taurus and shit, and I love, like, shit like that. I’d rather write to shit like that than hip-hop any day.”'

damn SFJ has a boner for the new record, but it is really good. i agree with all the weird enthusiasm cause the record is candy. like a taco with the works or a rad slice. good all the way through. i think SFJ is a good enough critic, but he loses points after posting MP3's of his band's demo. the songs suck! and i like how he's got a 'if you want to sign us' link. keep waiting dude! and it's a shame cause james lo is on some of the songs. he jammed hard in chavez. from 1 to the new yorker back page, the review gets a 7.0!

first line: "Last night, for the 21st year in a row, a roomful of rock 'n' roll movers and shakers morphed into rock 'n' roll sitters and eaters."
lst line: "A wedding has a dance floor."

haha pretty good. how does he get away with being such a dick? on a scale from 1 - 10 the review gets what kelly osbourne looked like last night. before you front google it.

k who do envelopes sound like? and 'streethawk' still shreds 'rubies' you're crazy.
Posted by earl boykins at 12:30 PM

big polvo ripoff. sfj shoulda stuck with ui. however, james lo will always and forever be in my heart for the chavez years.

Joey had a pretty good review last night's Taco Tuesday at my crib.

first line: "it's awseome 'cause he doesn't know he's an art-fag"

i dunno if he's necessarily an art-fag. i think he's just a little weird. as if you has no editing skills at all... just look at his ablum titles. sounds like he thought about it for a secong and was like, 'yeah, i said bulletproof wallets!'