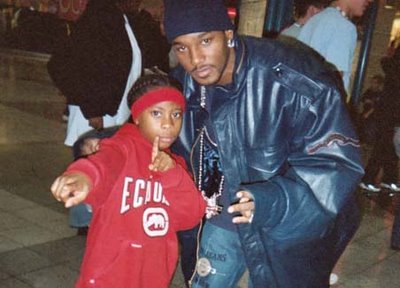 i'm really late on the last cam jam 'weekend girl'. i dunno, i was looking for other stuff mixtape-wise, but i finally got it. the 'NY Times' had this to say about the track:

first line: "This much is clear: “Weekend Girl,” by Cam’ron, is definitely not the song of the summer."
last line: "That song, in a totally different summer: would it sound the same?"

kudos for writing about cam and taking digs at wyclef at the same time. the song is a jam. and it SHOULD'VE been the canal street anthem all summer, but it got fucked up [or maybe not... those tapes coming from the south are great]. cam'ron is hilarious on this one [what's new] and sounds totally relaxed a la 'purple haze'

'you see my monday to fridays i need a friday to sunday... we'll eat fridays on friday and go to sundays on sunday'

it easily would've been one of the best tracks on 'killa season'. cam comes back! i care again! more cam rapping about food!

the song gets 4.5 mics and the review gets the same.

btw have you guys downloaded the new itunes? that shit is fun! i forgot i had gang starr's 'ownerz'!
Posted by earl boykins at 12:56 PM