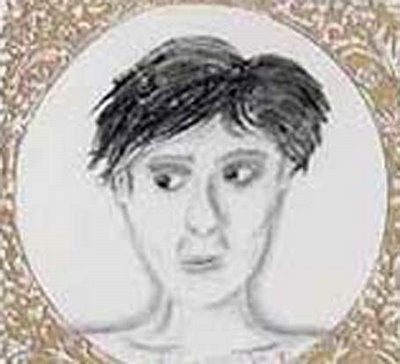 joan of arc/owen at the knitting factory. owen was earnest. american football was a very good band. owen is too icky. and tonight's show was icky. 'love love you and i flove you shoo' rhyming for the sake of rhyming. good for him though. he's going for it. there were hecklers, and they were not appreciated, but at least it was fodder for comedy. i bet he was placed. at least he's got a sense of humor. not anything to listen to, but something to support i guess. maybe just in theory.

joan of arc. terrible. unrehearsed. amazing, and so radl. it's fun to see people file out to tim screaming 'fucking strangers feels better fucking strangers.' it kinda all makes sense. i love it in a non-condescending way. one of my faves!
Posted by earl boykins at 12:05 AM

man, that american football record was so amazing. "never meant" is still a major song for me. otherwise, i've never been able to get into a kinsella project. i heard some of the new joan of arc, and i can appreciate it, but it doesn't move me. no make believe, no capn jazz, no owls, no nothin. just AF.

also, if you're ever nostalgic on sunday afternoons. feed online, 5-7pm eastern http://www.myspace.com/alternativeflashback no shill (well, kinda) but i figure you'd like the show.