"you say thinking never got you far, but it gets you further" 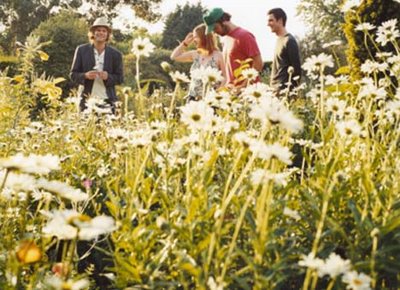 the new mojave 3 is great! i lost touch with this band and the exploits of mr. sad-sack himself neil halstead, but i was, and still am, a confident slowdive fan. in this album you hear some pink floyd, a little slowdive, and a lot of late teenage fanclub. i can't really help comparing this to the new brightblack morning light album, which has all the ingredients of those shoegaze-y mope-y bands, but with much lighter narcotics. whereas the brightblack album kind of falls short for me, this mojave 3 album totally works. maybe it's the decades of playing/touring/drugs, etc that has seasoned these guys, but there's something to say about process. not to say that brightblack and mojave borrow from eachother at all; slowdive maybe, but mojave has left them both, including their own country phase, in the dust.

at a bar this week i used the word 'slow-core' in referring to doug scharin codeine and they looked at me like i was crazy.
Posted by earl boykins at 3:07 PM

i really liked the album to a point. i felt like it dragged towards the end, but overall it was a great record. i'm a huge slowdive fan, so it's not really any surprise. nobody else i know likes this new jumpoff, though. lukewarm reception.

yea i was a big 'frigid stars' fan too. and their EP was killer. that band could only work in that era though... the broke up a little early, but just in time.

hey imperialffrr ever come a cross a zine called 'trash heap' back in the day? all these guys were in it...

i don't think i ever really heard of trash heap before, but i was also not into the zine scene very much back then as i wish i had been. do they ever show up on ebay?