get me away from here i'm dying 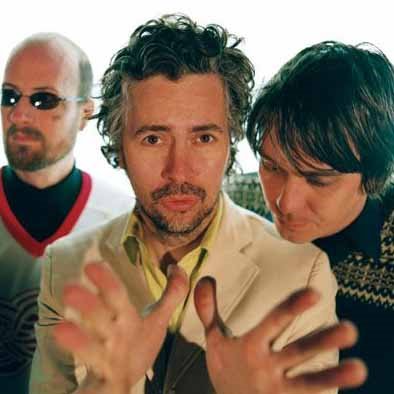 saw the first night of the lips' 2 night stand in NYC. they suuuucked.... it makes me tired just thinking about it. ok to preface, i have all their albums and they have some JAMS. especially on 'clouds' and 'transmissions'. i still play some of those songs on the library juke and they are still great. to this day. i haven't seen them since they got all 'kooky dad' on us, so i was curious.

verdict: sucked! he seemed really convicted to tell us something. he was 'fighting the power' against something! he was 'trying to stick it' to someone! possibly 'the man'! in the end, all he wanted to do was tell us that he's proud to still be a pothead. frat dudes rejoice. and they did! he would muster up choruses from songs he'd just have played and beg the crowd to sing along. uh... it was awkward. and in the end? a montage of george bush and his cabinet. yeah dude! fuck the system! show a picture of the president! dad you are SO COOL.
Posted by earl boykins at 11:48 AM