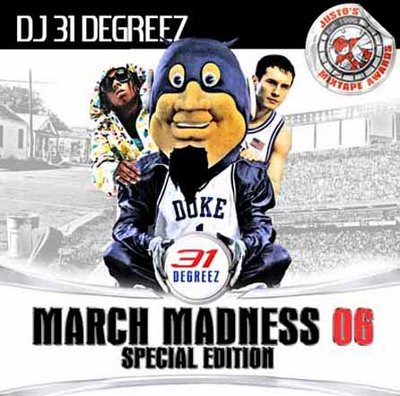 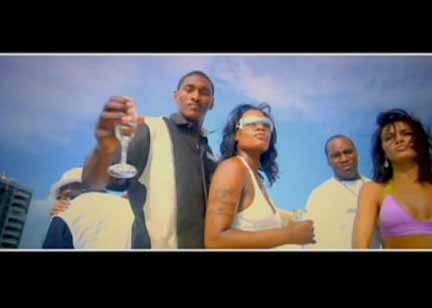 ok i just hit canal street for some $3 laughs/fanouts.

Big Mike: Gametime- Hosted By Ron Artest! ok i just bout this for the new artest song featuring mike jones. haha it's funny. artest also does the intro-outro via phone. uh, it's fucking hilarious! ron is a shitty rapper for sure, and he even sings on the track. whatever. it was worth is for a chuckle... chuckle not as in wit, but chuckle as in slightly retarded. i'm not mad though! east coast tapes are a little boring, and the best stuff on here is from mike jones and lil wayne. oh the jadakiss/sigel song is good to i guess. but i wanted more artest weirdness! talk shit about the spurs! imagine if ESPN hasd to reports some dubious shit artest claimed on a mixtape! so close...

wayne: carter collection 2: damn this guy has to be the most prolific artist in music. a whole new tape with all this new stuff! it came out today. of course it's good! he's never bad! what's more to say? i think the carter collection 1 was better, but it's all good. his gangster grillz takes them all though. maybe.

March Madness 06: DK 31 degreez. this cover is great. just look at it! duke bluedevil, redick, and wayne designed like an EA sports game! ok i'm a couple months late on this but it was hard to find. 'the mailman'is great with that marvelettes sample. haha this is what i love about these tapes! take a santana reference, put wayne on it, throw in some gunshots, and you have a sick 1 minute song! santana's got a nice song on here too. yo gotti raps over the mannie fresh jeezy song. oui! the writer jay-z dis is a little zzz. eh, whatever this tape is great.

south stars generals vol 4.: christ. the number of dudes on this tape is crazy. 3 full rick ross songs! there's some crossover with some other tapes, but it's good. i would go for march madness 06 over this if you had the choice though.

styles P- shots fired. this is more K's fantasy... but it's really good! song after song, not a lot of skipping. nas references! 'who's world is this' right before 'street dreams'! ok this is really good actually there are 5-6 great tracks here. sure they're mixed like shit and the beat are all stolen [my favorite move] and hella gunshot samples but it's totally achieved repeat listen status! douche!
Posted by earl boykins at 2:34 PM