ok let's not schedule the parade just yet... 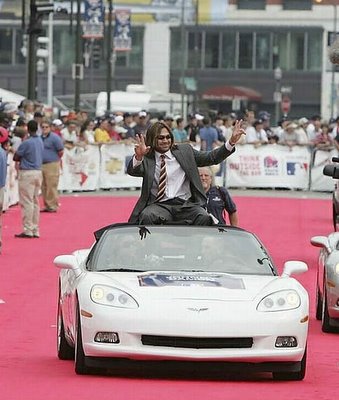 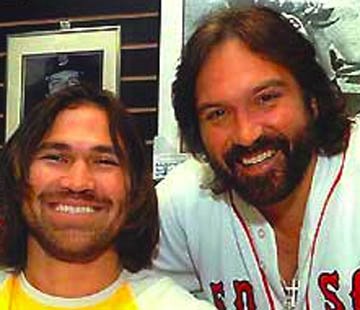 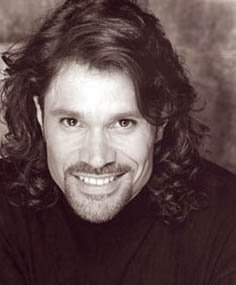 i'm not really feeling this johnny damon shit. i mean, i've been hoping the yanks would get a joey gathright or nook logan to help bubba out in center. no griffeys or hunters or... damons! remember when we got a-rod and we were like, bring on the dynasty pt deux! well, the dude has been sick with an MVP under his belt as a jank already. what do we remember him for? shitty post-seasons!

ok damon is 32, making 42 mil or more, right? what have we learned about baseball in say, the last 100 years? pitching wins championships! i'm saying. we have waaay too many dubious starters right now, even if you're not counting aaron small. i know you can't just add SP's on top of SP's, but can we re-up our priorities? can we spend for a bj ryan instead? a lights out releif pitcher? and just have bubba do his thing? sure farnesworth and dotel are nice, but farnesworth is hardly as dependable as even gordon was. and dotel may not ever pitch the same way again. plus i think he's a douche.

i'm just saying that moose and randy are good pitchers still, but if they hold their era's un der 4.0 i'll be REALLY happy. wang is good, but not a stopper. pavano i have hope for still and i think wright can turn it around, but he's a back-end guy. chacon pitched BIG for us down the stretch, but this guy has been a mediocre pitcher his whole career. his value lied in the fact that he was willing to close in 'rado.

so cashman gives us another all-star bat, and takes one away from the sox. he does what he can and i don't hate him, but i just don't think this damon thing is a big deal. watch the sox sign lugo, have lowell hit 30 HR's, have manny go for another MVP, with schilling wining 14-16, and have dave roberts in C with a .330 OBP, 100 runs scored, and 40 steals... and i bet you andy marte shreds as a pro...
Posted by earl boykins at 1:05 PM

you just wrote that whole thing so you could type bj,
what a weirdo