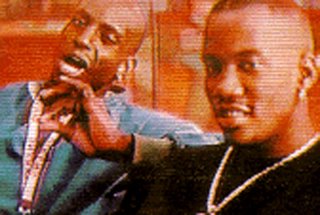 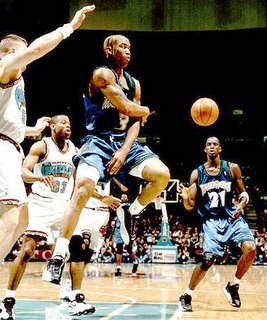 "Internet rumors are full steam ahead with the KG to New York, Detroit or New Jersey takes. Joe Dumars supposedly had another individual in the franchise make the offer of Darko Milicic and Rasheed Wallace to the Wolves for KG so he could claim ignorance if asked about it. Stay tuned, as the rumors are going to get bigger and better surrounding KG"

zeke is talking to mchale about KG for a bunch of huge expiring contracts! right now it's antonio davis, penny, a 1st rounder, and someone else? i'm thinking we'll have to part with lee, nate rob, and/or probably frye but.... WE'RE TALKING THE BIG TICKET! with all this lebron, duncan, amare coverage people forget that KG is still the 2nd best PF in the league [respect to the big fundamental].

the fact that we know this info means probably it won't happen, but it's fun to think about. so the t wolves would be left with mccants, wally, frye and a really young team. who do they think they can sign with all that money? although it's pretty clear they're having trouble building around KG.