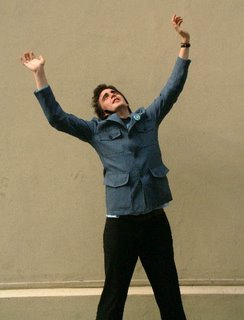 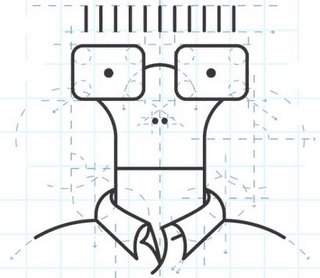 somehow i got to see art brut twice this weekend without every actually hearing them before. here's the report: ken took me to see them at the mercury and i thought they sucked but had moments. i was definitely hating on the clip-on-ties. then k took me to see them at the tribeca and they were actually funny. 'holy mother of christ i've seen her naked twice. TWICE!' my fave moment is when the singer introduced his guitarist and the dude played a janky solo barely good enough for a battle-of-the-bands. and the singers goes, 'AMAZING!' haha. i'm still on the fence about these guys but who cares? the person next to me told me 'they're like weird al but with better music'. what's not to like?

then they played Nation of Ulysses after the band stopped you realized how shitty music is now and how awesome it was 10 years ago. that said, am i weird for really loving the new descendants record? am i the only one who bought this thing? classic rock rules!
Posted by earl boykins at 3:39 PM