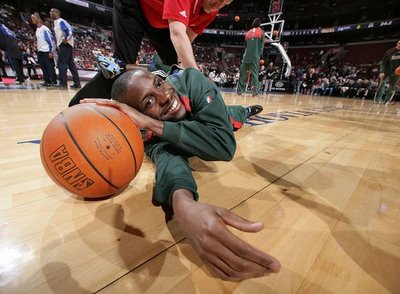 the knicks are looking great! i mean, who was expecting anything? ok i was kinda. but with Q back and lee coming off the bench, this team is all of the sudden really deep. lee will get his when Q goes down again, but i'm liking this rotation. ok maybe jeffries is playing too much and nate is playing period, but i think zeke is doing work over there. no trades zeke! if you must do anything. try to get a pick! but i'm not even worried about that. i just want this same team on the court next year [maybe sans the 'franchise', but i don't hate him either].
Posted by earl boykins at 8:47 PM

what'd you do to your background? feels all cubicle-y for some reason. i've been looking for that smog record on vinyl for a while now, can't seem to find it though, definitely nice from what i've heard. keep it coming man

dude get that smog wax. i seriously think that record is special.

my background looks ok to me, but if it still looks fucked up can you let me know?

Sports Betting Guide - Use This Secret Technique To Cover 90% Of Your Wagers!

NBA news? I thought you just made pie charts about bands I've never heard of.