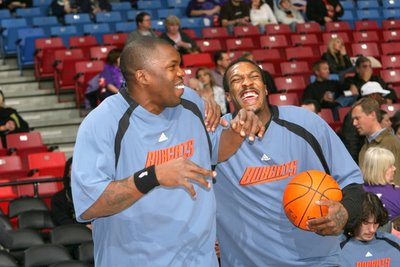 the rooks like promising all across the board. roy, though super boring, looks fine. rudy gay slowed down a bit. bargnani looks sick. who's the GM in toronto right now? is that checketts? fucking dude. if it is, he knows what he's doing!
Posted by earl boykins at 7:59 PM