But then who will we make fun of? 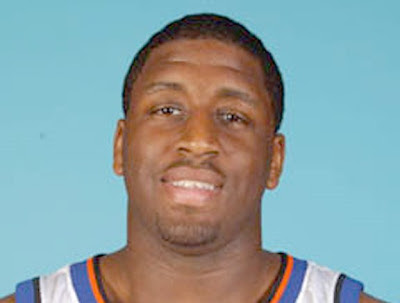 Donnie Walsh coming to the Knicks? "EH!" And I hear he's keeping the Draft "genius" who picked Sweetney [scouting report: "Elton Brand but less athletic"... YOU THINK?] before the likes of Pietrus, Ridnour, David West, Barbosa, Josh Howard, and Mo Williams. Oh, and he took Lampe next. Wait, he was the GM then, right? Anyways, unless Walsh manages to get Dwight Howard and Andre Iguodala we're pretty much looking at an apple when we're already holding an orange. 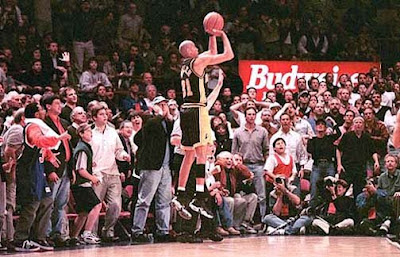 Is it weird that the man who built the Pacers teams that killed us is now the Knicks president? Whatever, this season has numbed me so much that i wouldn't care if they brought in Alonzo Mourning as a Knicks City dancer. Remember when Starks went to Chicago in the 3-way deal that landed us Sprewell? And remember how he refused to play for the Bulls? That was funny!


If he manages to trade two or three of these guys for players who don't average as many turnovers as assists, I'd be pleased. Give me ANYTHING, dude. David Lee? Ok trade him. Get something back. Marbury? Let his contract expire. Isiah? Stop letting him remind the media that his Pistons team was known as the "Bad Boys" and the fact that he enjoys players that remind him of himself.

agreed. agreed.
i've got to believe the Knicks franchise has finally hit the bottom though. there is nowhere to go but up from here.
btw, Jeff Coplon has written a great article in this week's New York magazine on Isiah and the decline of the Knicks. Some of the best sportswriting I've read: http://nymag.com/news/sports/45787/