so battles has a new record and played last night! 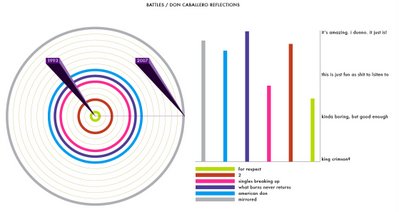 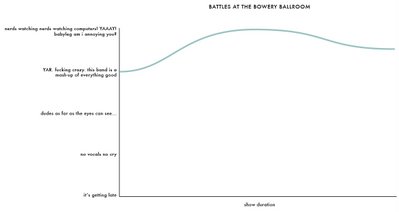 they are major to me! my first time away from the nest when i was a wee dude was in pittsburgh in 1994. it's was the pits [ba-dum!]. but the first week i walked downtown and bought don cab's 'unresolved karma' 7" [and the first helmet single, which is weird thinking about that now... sidenote] and then spent the whole rest of the summer chasing down don cab, hurl, and karl hendricks trio records. i saw codeine, crackerbash and the grifters that summer too. the two tapes all summer? 'no pocky' and 'daydream nation'

so now it's 2007 and battles is shredding my mind and your mind. revenge of the nerds? excelsior?
Posted by earl boykins at 11:53 AM